Lostprophets singer Ian Watkins' parents have been asking themselves what they did ''wrong'' since their son pleaded guilty to 11 child sex charges. 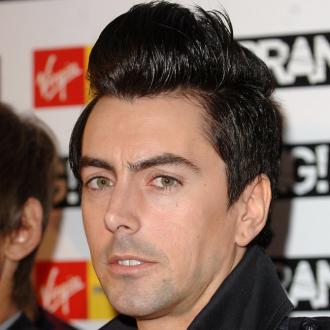 Lostprophets singer Ian Watkins' distraught parents have been asking themselves what they did ''wrong'' since their son pleaded guilty to child sex charges.

Minister John Davies and his wife Elaine, who raised the rock singer, are struggling to understand how he turned into a child abuser and are as disgusted and shocked as everyone else.

Mr. Davies told the Daily Mail newspaper: ''This is so hard. It's overwhelming. It has affected every aspect of our lives.

'''It's the first thing a parent asks themselves - where did we go wrong? What happened?

''Ian was loved, cherished, encouraged and nurtured. We did our best. He was a normal happy young lad who grew up in the Valleys [in Wales] in a loving family which had no more problems than anybody else has.

He continued: ''I don't know how this will turn out. I don't know whether he will be remembered for years to come as somebody infamous and evil - like a sort of Jimmy Savile character. I hope not.

''I hope something will happen to change that perception of people. Time will tell. We're going to do our best to support him and hope for the best, that's all we can do.''

Watkins, 36, accepted the charges in court yesterday on the first day of his trial but pleaded not guilty to the rape of an under 13.

Former Lostprophets guitarist Lee Gaze has also spoke out, admitting he is relieved to finally have ''closure'' on the allegations that had been surrounding Watkins.

According to NME, the musician posted on Twitter: ''That was over quick. Thank f**k.

''Thanks for the kind words. At least there is closure now'',

The tweets have now been deleted. Lostprophets announced they had disbanded as a group in the wake of Watkins' arrest.