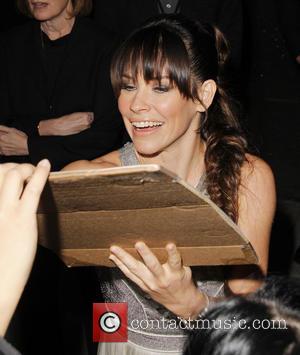 Picture: Evangeline Lilly - Los Angeles Film Premiere of 'The Hobbit: The Desolation of Smaug' at The TCL Chinese Theatre - Outside Arrivals - Hollywood, California,...

Former Lost star Evangeline Lilly was left less than impressed when the editors of Woman's Health recently declared she had the 'Best Butt Ever' and put a provocative shot of her rear on the cover of the magazine.

The actress, who plays an elf in the upcoming The Hobbit sequel, admits she had hoped her provocative pose would prompt the publication's bosses to hand her a new title - and she's a little embarrassed by the whole thing.

She says, "Do you think I'd have done the shoot if they had said, 'Oh, by the way, we're gonna say Best Butt Ever and put a big arrow to your behind?' No.

Appearing on U.S. talk show Conan on Wednesday night (04Dec13), Lily revealed she had called the magazine's editors to complain about her rear of the year tribute.