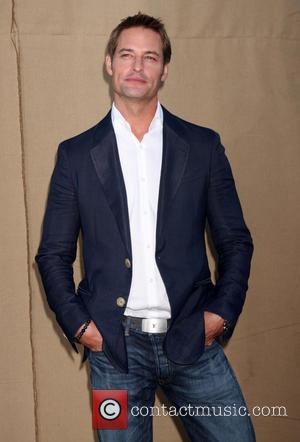 Lost star Josh Holloway is set to become a dad again - his wife is pregnant with the couple's second child.

The 44-year-old actor let the big news slip during a new interview with U.S. news show Entertainment Tonight, when he was asked about his sex symbol status.

He said, "That's funny because I'm a family man. I've got a four-and-a-half-year-old daughter and another one on the way. Pretty excited about that."

Holloway wed Yessica Kumala after shooting the pilot of Lost in Hawaii in 2004. They welcomed daughter Java in April, 2009.