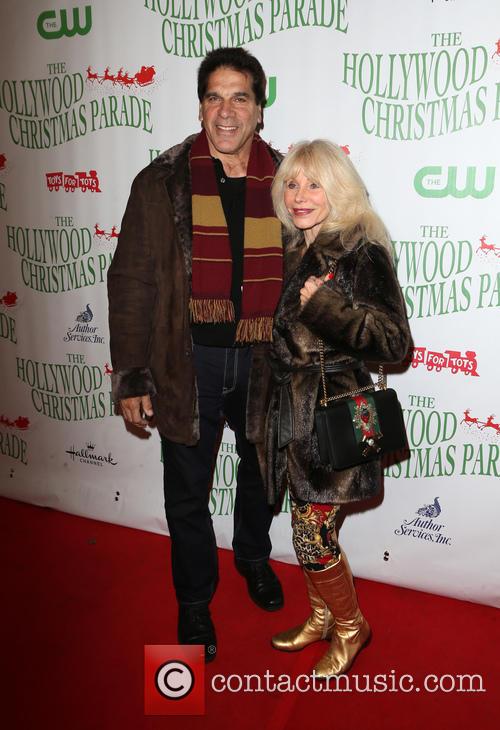 It's obviously a huge joke, but that's why everyone loves it.

No one expected the original Sharknado to be much more than a laugh, but its sequel Sharknado 2: The Second One was an even bigger hit. Now Syfy has released Sharknado 3: Oh Hell No, and there's also news that star Ian Ziering will be back for a fourth romp next year.

The actor, who rose to fame in the 1990s in Beverly Hills 90210, knows that these films are a joke. "It's over the top, but it's over the top in a great way, and I've stopped questioning it," he says. "These movies are not intended for overthinkers, but they've really captured the imagination of sci-fi fans. Sharknado 2 generated such a shockwave that it reverberated over a billion Twitter impressions around the world. It was all top 10 trending topics on Twitter at the same time! Nowhere in any parallel universe did I ever think that would happen in my career."

They've fought private military corporations, Nazi splinter-groups and a Norse god. Now, The Avengers assemble once again to celebrate their success. But when a new project from Tony Stark (Robert Downey Jr.) reveals itself to be sentient and ready to bring the world to its knees, The Avengers are ready to fight amongst themselves while the threat of Ultron (James Spader) grows his strength, and gains allegiance from Quicksilver (Aaron Taylor-Johnson) and the Scarlet Witch (Elizabeth Olsen). Meanwhile, Stark is seeing hostility from Thor (Chris Hemsworth) and The Incredible Hulk (Mark Ruffalo) while Captain America (Chris Evans) desperately tries to bring the team back together to stop the Age of Ultron.

The Avengers may be feeling like they are capable of anything after saving New York City from Loki's rampage and returning the deadly Tesseract to its rightful place in Asgard, but the group have a new threat to overcome. As the group; Tony Stark (Iron Man), Steve Rogers (Captain America), Bruce Banner (Hulk), Thor, Natasha Romanoff (Black Widow) and Clint Barton (Hawkeye); attempt to enjoy an usually civilised evening together, they are interrupted by Ultron - a backfired project of Stark who is dead set on destroying the human race and branding them puppets in his game. With S.H.I.EL.D. destroyed, their chances of saving the world once again are looking dangerously slim. Now beginning to question just how much power they have, they are forced to regroup for a mission that could finally see their end.

A lot has happened since the Battle of New York. The world was attacked by Norse God, Loki (Tom Hiddleston), causing a united force of tech super-hero Iron Man (Robert Downey Jr), reanimated World War Two super soldier Captain America (Chris Evans) and Loki's brother - the Norse God of thunder, Thor (Chris Hemsworth). Two years on, the Avengers have worked to defeat evil in Godly realm of Asgard, on planet Earth, and within S.H.I.E.L.D., the organisation that brought them together in the first place. Now, with Iron Man in retirement and S.H.I.E.L.D. in disarray, the world is suddenly threatened by Ultron (James Spader), a robot who seeks to destroy the Avengers now that he has been unshackled.

Mr. Olympia is one of the most prestigious international bodybuilding titles in the world, awarded to the competitors with the most defined muscles and one that Hollywood star Arnold Schwarzenegger won a consecutive six times in the 1970s. Since 1999 it has taken place in Las Vegas and since 2011, Phil Heath has been the Mr. Olympia reigning champion. This documentary follows the lead up to the next event, where Heath is expected to defend his title in a such a hugely competitive world where intensive working out becomes the most predominant thing in each bodybuilder's life. Among his competition is previous champion Jay Cutler and Kai Greene, the latter of whom has come second in the last two events. Will Heath maintain the title once again? Or is it now Greene's time to take the victory? 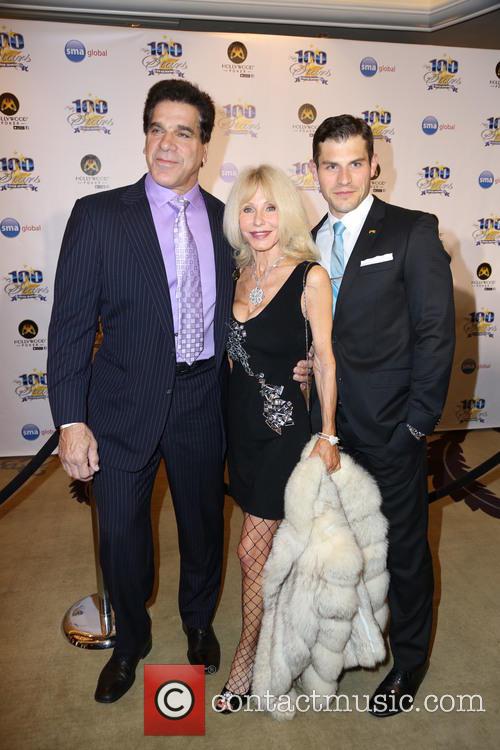 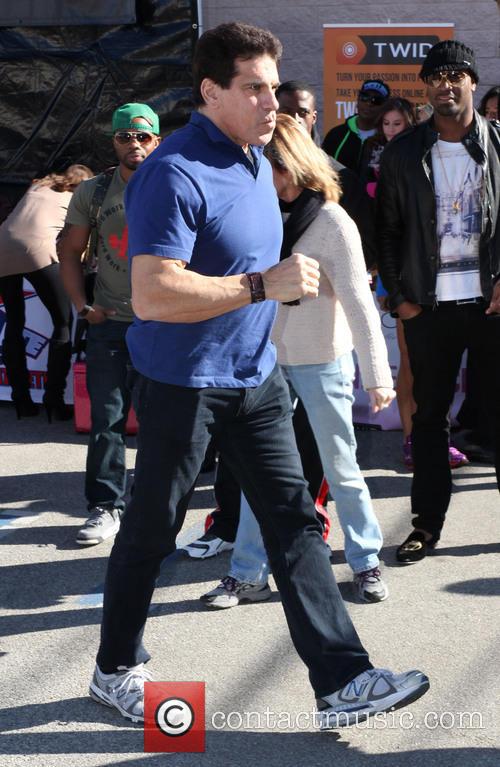 Nick Fury is the director of law enforcement and espionage agency S.H.I.E.L.D, which deals with superhuman threats. One day, an unexpected enemy targets global security and safety. The problem is made known to Nick, who decides to assemble a team of the world's strongest superheroes to tackle this problem. starts looking all across the globe.

The Incredible Hulk actor and former bodybuilder Lou Ferrigno (Hercules; I Love You Man; The King of Queens) is seen on the set of Celebrity Apprentice in New York. Wearing a blue tank top, Lou is seen signing autographs while holding a placard saying 'Eat here, or I'll eat you!' A girl standing on a platform next to Lou is attempting to encourage passersby to eat at a nearby restaurant.

In addition to a rumoured appearance on the fifth season of NBC's Celebrity Apprentice, Lou will also be providing the voice of Mark Ruffalo's Hulk in the highly anticipated movie, The Avengers, in 2012

Nick Fury is the director of S.H.I.E.L.D, a law enforcement and espionage agency that deals with threats that can be perceived as superhuman. One such threat is made known to him one day, when an unexpected enemy targets global security and safety. Nick decides to assemble a team of the world's strongest superheroes to tackle this problem and starts looking all across the globe. 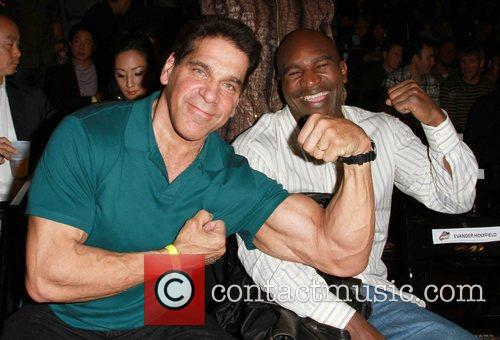 Sinbad Of The Seven Seas Review

By Keith Breese
Terrible
I don't know why I subject myself to these movies. Sure, there's the camp factor, the kitsch taste, the party jokes, the nostalgia, but in the end I'm not sure it's worth wasting brain cells on this tripe. Maybe I've gotten a little more cynical, maybe my interest has simply waned but right now there is nothing more painful than a bad Italian peplum.

Um, I've already slipped into geek speak. Peplum, that's the "fancy" word for "sword and sandal" flicks like Steve Reeves' 1960s Hercules films. Most of the most popular peplums (believe it or not there is (or was, it's been a while since I looked) a 'zine devoted to the study of them) involve hordes of barbarians, Romans, infidels, or nameless thugs battling lone supermen in loincloths. These are mythic tales told with shoestring budgets and dubbed. They are quite a bit of fun after a few beers but watching them sober is quite dangerous. 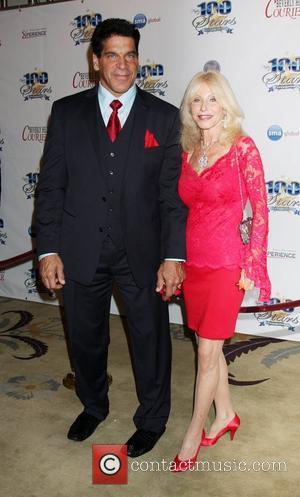