Musical career: In 1922, he joined Joe 'King' Oliver's Creole Jazz Band in Chicago, where he earned enough money to play music full time and even had his own apartment. His first recording ventures were on the Gennett and Okeh labels. He later left the band in order to concentrate on a newer style at the suggestion of his wife Lil Hardin Armstrong. In 1924, he began playing in the highly respected Fletcher Henderson Orchestra in New York, switching to playing trumpet and sometimes trombone, and even including singing in his performances.

His influence brought such high acclaim that the band were even allowed to play white-only venues. In 1925, he came back to Chicago, first playing for the Lil Hardin Armstrong Band and then recording with 'Potato Head Blues', 'Muggles' and 'West End Blues' with the Hot Five and Hot Seven. He brought much fame to Erskine Tate's Little Symphony, who played jazz versions of classical numbers, when he started scat singing - namely on his 1926 recording 'Heebie Jeebies'.

He then began to play for the Carroll Dickerson Orchestra with Earl Hines, though the name was changed to Louis Armstrong and his Stompers. In 1929, he went to New York again to play in the orchestra for the musical 'Hot Chocolate', occasionally appearing on stage as a vocalist - most memorably for his best selling hit 'Ain't Misbehavin''. In 1931, he appeared in the movie 'Ex-Flame'. He returned to Chicago but was run out of town by the mob. Eventually, he took to Europe in an escape, later returning home to play a series of tours. He struggled with debt at the hands of his agent and was still reeling from his legal and mob troubles.

Joe Glaser became his manager in a bid to straigten him out. In 1936, he appeared in 'Pennies from Heaven' and replaced Rudy Vallee on the CBS radio network the following year. By 1943, he had settled in New York with new wife Lucille and recorded Hoagy Carmichael's 'Rockin' Chair' through Okeh Records. He played frequent live shows for several years, though his big band was disbanded in 1947 to be replaced by a six-piece. In 1949, he became the first jazz artist on the cover of Time. In 1964, he released his pop number one 'Hello, Dolly', and one of his most famous hits was 1967's 'What A Wonderful World'.

Personal life: Louis Armstrong grew up total poverty in New Orleans, Louisiana and was raised by his grandmother when both parents left. He eventually returned to his mother at age 5. As a child, he went to the Fisk School for Boys and earned money delivering papers and bringing in coal, though his mother earned money as a prostitute.

He left aged 11 and, while he began persuing music with some neighbours, he also started getting into some trouble. Later, he was employed to do various jobs for a Jewish family who were especially kind to him. He took up music seriously when he was sent to the New Orleans Home for Colored Waifs after firing a pistol in the air. He played the cornet and soon landed a performance spot at a dancehall, while also featuring in various brass bands. He also toured with the Fate Marable and later joined the Tuxedo Brass Band.

Louis married Daisy Parker in 1918, with whom he adopted his second cousin Clarence Armstrong. They were divorced in 1923. He re-married to Lil Hardin Armstrong the following year but they were divorced by 1938, and he subsequently took Alpha Smith as his wife until 1942. He was married to Lucille Wilson until his death. In 1931, he was arrested for possession of marijuana though he only received a suspended sentence. He was well-known for his habit of purging using laxatives in order to keep his weight stable. International Jazz Day: Seven Pioneering Singers That Made It On To Our Jazz Playlist

Celebrating the wonders of Jazz music.

April 30th marks the celebration of Jazz music worldwide. Originating from the African-American communities of New Orleans, Jazz was a development from blues and ragtime, establishing its own identity in the late 19th century.

Considered by many as America's classical music, it is recognised as a major form of musical expression and is a widely favoured genre of listening. Depicting love, protesting racism, and the culture of the time, Jazz music as a whole carries some of the most meaningful and thought-provoking messages in music.

Musicians such as Buddy Rich and Herbie Hancock created huge Jazz sounds, but in this feature we will focus on the singers who popularised Jazz with big bands and even bigger voices.

Continue reading: International Jazz Day: Seven Pioneering Singers That Made It On To Our Jazz Playlist 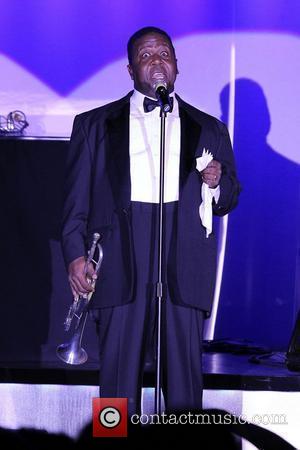