The comedian is begging his followers not to watch TMZ's footage of the car crash. 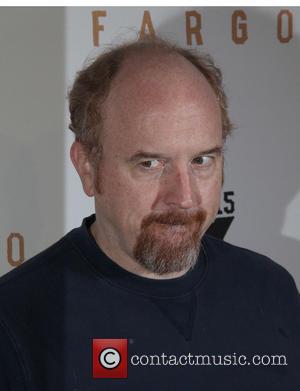 Louis C. K. has issued a public demand to TMZ, ordering the showbiz gossip site to remove video footage of a horrific car crash scene involving his friend and fellow comedian Tracy Morgan. The incident left one dead and four injured in a six vehicle crash on Saturday.

TMZ has obtained footage filmed by a bystander shortly after the tragic crash last weekend and New Jersey with particularly disturbing scenes showing comedian Ardie Fuqua being lifted out of the limousine wreckage and onto the freeway while unconscious. Both Morgan and Fuqua are said to be in a critical condition in hospital.

"Take it down TMZ," Louis wrote on Twitter. "Now. Please." The Louis star later added "Please don't go to TMZ to watch the video. Please ask them to take it down."

63-year-old comedian named James McNair, AKA Jimmy Mack, was killed in the crash that involved 2 tractor-trailers, 2 cars, an SUV and the limo carrying the performers. A Walmart truck struck the limo and the driver, Kevin Roper, has since pleaded not guilty to vehicular homicide.

More: Should we consider 'Louie' as one of the best comedy shows of all time?

Morgan, who suffered a broken femur, a broken nose and several broken ribs in the six-car accident, is expected to remain hospitalized for several weeks. He was due to start filming a new sitcom for FX in August but the TV channel has promised that it will wait for the comic to recover.

"The only thing we are concerned with is the health and recovery of Tracy Morgan and the victims of this tragic accident," the channel said in a statement. "At the point when Tracy has recovered and decides that he is ready to go back to work, his show will be waiting for him," via BBC News.

Meanwhile, the daughter of Ardie Fuqua, Krizya, has taken to Instagram in the hope that she can rally others to demand that TMZ removes the video. "I need help to get TMZ to remove the video of the accident that shows my dad being pulled from the truck and laid down to the side. This something no one should ever see, it's hurtful and distasteful," she wrote.

TMZ is yet to take down the video in question. Morgan's publicist reports that the comedian is in a "critical but stable condition" and that his recovery "will be arduous."