Louis Tomlinson has donated £2 million to a charity for terminally ill children after hosting the Believe in Magic Cinderella Ball for the foundation. 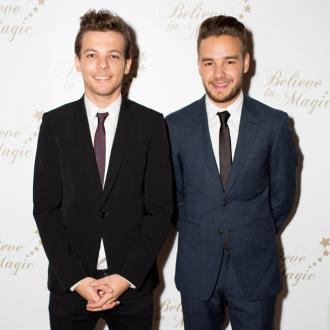 Louis Tomlinson has donated £2 million to a children's charity.

The 23-year-old hunk made the generous donation at the Believe in Magic Cinderella Ball in London on Monday (10.08.15), which he hosted alongside his mum Johannah Deakin.

Following the event, he tweeted to celebrate the evening and the event's organisers Meg Bhari and her mum Jean, writing: ''Wow,what an incredible night! I hope Meg , Jean and my beautiful Mum feel very proud for creating such a fantastic night for everyone !!!

''Thank you so much for everyone who helped and attended tonight!! (sic)''

The charitable gesture comes just weeks after it was revealed the One Direction star is expecting his first child with his ex-girlfriend, stylist Briana Jungwirth.

As well as singer Ben Haenow, TV personality Arlene Phillips, magician Dynamo and former 'The X Factor' contestants Stevi Ritchie and Chloe-Jasmine Whichello, Louis' bandmate Liam was in attendance at the event, which was held to raise money for the foundation which works with seriously and terminally ill children in the UK.

And although their fellow One Direction members Harry Styles and Niall Horan were unable to attend due to prior commitments, Liam got into the charitable spirit by bidding £50,000 on a lot which secured him a Mulberry handbag and the opportunity to have his face painted like a tiger.