Louis Tomlinson has confirmed that he's on the road to recovery after breaking his arm.

Louis Tomlinson is "on the mend" after breaking his arm.

The 30-year-old singer - who shot to fame as part of One Direction - has revealed via Twitter that he's on the road to recovery after breaking his arm last week following a performance at New York City's Irving Plaza.

Louis - who released his second solo album, 'Faith in the Future', earlier this month - wrote on the micro-blogging platform: "Hope everyone is doing alright! Surgery went well so hopefully slowly but surely I’m on the mend.

"I am absolutely mind blown we have a shot at number 1 in the UK. Thank you for everything! Let’s give this everything we’ve got!! (sic)"

Louis - who has been very active on Twitter in recent days - subsequently joked about having to type with one hand.

The chart-topping star quipped: "Doing alright at this one hand tweeting!"

Louis recently apologised to fans after he cancelled a string of personal appearances to promote his new album.

The singer explained that he'd broken his right arm "pretty badly" and that it would stop him from taking to the stage.

Louis - who released his debut solo album, 'Walls', in 2020 - said in a statement shared to Instagram: "Thank you to everyone that’s listened to the new album so far, it means the world to me.

"The show last night in New York was incredible

"Unfortunately on the way back I’ve managed to fall and break my right arm pretty badly.

"So I’m gutted to say I’ll have to reschedule the in-store signings next week. New dates will be announced very soon. Thank you for all your support and sorry to anyone who was coming next week. Louis. (sic)" 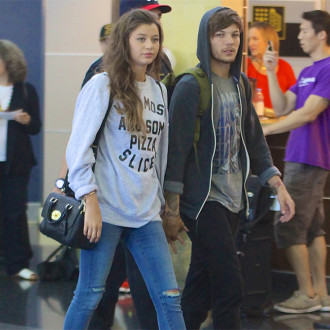