Louis Walsh is set to hold three days of auditions in Dublin, Ireland next week for his new boyband and wants them to rival One Direction 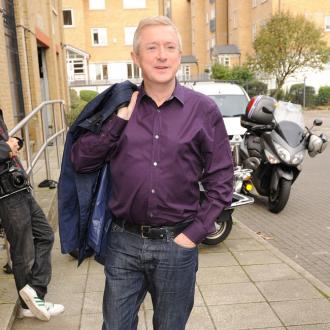 Louis Walsh is putting together a new Irish boy band to rival One Direction.

The 'X Factor' judge - who previously created and successfully managed Westlife and Boyzone - has revealed he will be holding auditions for the first time in 12 years in Dublin from next weekend and is looking for five young male superstars to form his next big act.

In a statement, the music mogul said: ''It has been 12 years since I did auditions for a boy band, it's boys over 16 from anywhere, any nationality but they must be prepared to work hard; vocals are key. I'm looking for 5 pop stars and I have a major record company and a high profile UK partner.''

The auditions, open to male singers aged up to 25 years, will take place over three days from Sunday, May 19, to Tuesday, May 21 at the Button Factory in Temple Bar.

''They can be from anywhere in the whole world.''

Louis hinted that the new band will also be mentored by Simon Cowell, crediting him for the success of One Direction and Westlife.

Asked what has made the 'Kiss You' singers so successful, Louis told Irish chat show 'The Late Late Show' on Friday night (10.05.13): ''Honestly, Simon. Simon Cowell made it happen. He made Westlife happen. That's the reason. When Simon is on it, he makes everybody else on it.

''They have talent but he sells it. He gets the best songs and best producers. He did that for Westlife, and Il Divo and Leona (Lewis). When he's on it there is nobody better.''