Louis Walsh Hints On Not Quitting X-Factor After This Season

Louis Walsh tells Jonathan Ross he may have to reconsider quitting the X-Factor because he is "having so much fun". 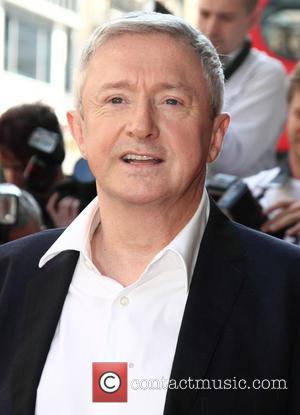 Louis Walsh has publically stated that this year's X-Factor (2013) will be his but the Irish talent judge seems to have had a change of heart.

This past summer, Walsh announced after 10 years of been on the judging panel he was finally going to step away from the talent show, he told BBC's Radio 1's NewsBeat, "I'm happy this is going to be my last year. I've been judging X Factor for 10 years so I've done it all."

However, this doesn't seem to be the case anymore as the 61 year-old hinted that he may have changed his mind whilst appearing on ITV's 'The Jonathon Ross Show'.

When the host, Jonathon Ross, asked him about leaving the show, Louis replied- "Well, I said I was. But I'm having so much fun this year, I might stay."

Accompanying Louis on the talk-show was fellow judges Gary Barlow and Nicole Scherzinger but Sharon did not attend.

Barlow, who is also leaving after this current series, spoke to Ross about becoming extremely emotional while working on the panel.

"I don't cry easily, I really don't. It takes a child to be born, or something, to make me cry. But I do feel it inside, especially when you're at judges' houses and you're sat one on one with the person."

He added, "These moments are going to change people's lives. You're aware of that and you're trying to make a responsible decision but it's very, very tough."

A possible replacement for next season is rumoured to be X-Factor alum Olly Murs, who was quoted by The Sun saying, "When Simon calls and wants you to do something it's very hard to say no to him."

Murs further stated, "I've always said I respect the show. I love it, I've always gone back to it and I performed on it. I feel very connected to what they do so, yes, it would be a good fit. If they offered me the chance to do it, we'd sit down as a team and talk about it - but that's yet to happen."

Maybe even the mastermind himself, Simon Cowell, will make a return to the panel next year. Louis Walsh might not be qutting the X-Factor after all