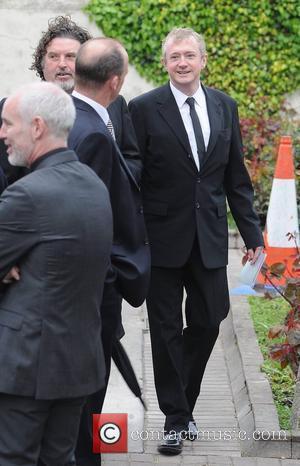 Louis Walsh was left stunned when Irish singer Ronan Keating announced he is separating from his wife of 12 years - because he was convinced the couple "would never break up".
The Boyzone singer and his model wife Yvonne, who have three children, announced the split on Thursday (20May10), describing the break-up as "amicable".
A new report suggests their union was destroyed by Keating's alleged infidelity while he was on tour.
Now Boyzone manager Louis Walsh, who is a judge on Simon Cowell's British TV show The X Factor, has spoken out about the marriage breakdown, admitting he is shocked by the news.
He says, "I'm absolutely stunned. If you asked me one couple I thought would never break up, it would be Ronan and Yvonne. They've been together since they were kids...
"Ronan and Yvonne have always been very close. They were a great couple and spent their time together. I don't really know any more. It's come as a total surprise to everyone."