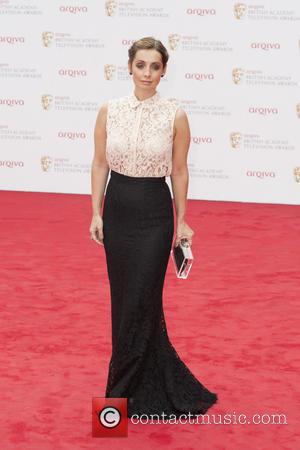 Former pop star Louise Redknapp was a bundle of nerves on the first day of filming her debut movie role as she had to shoot a saucy kissing scene with movie tough guy Ray Winstone.

The former Eternal star played Winstone's onscreen wife in British crime caper The Hot Potato, and admits the on-camera smooch made her first day on set even more scary.

She tells Britain's Daily Mirror newspaper, "Of course, the first scene was the kissing scene which was slightly scary. It was my first day on set. Ray was great though, he was so professional.

"I found myself in the bar the night before and he was just chatting to his wife and daughters, Jaime and Lois, who are in the film. It's a nice family affair. But then, the next day, you just feel like you are your character because he's completely in his."

Redknapp admits she is keen to tackle more acting work in the future, but is waiting for the right project.

She adds, "A few things have come up since then but when you read the script or you go to the casting you can't imagine yourself doing that kind of a film or role. But if something came up and I thought, 'Right, I could execute this and do it well' then I would love to."

Louise Redknapp: My sons want their parents back together

Louise Redknapp says a psychic has helped her through 'dark times'