Live review of Low at the Rescue Rooms November 19th 2013

There are very few certainties in life, never mind music, but one is that buying a ticket to see Duluth's finest Low will never lead to disappointment. Twenty-plus years of touring the world and writing some of the most affecting pop music (whichever prefix or suffix you would care to add) you could care to hear, whilst straying from the pitfalls that a long stretch in the business often brings (complacency, fame, desperation), makes sure of that. 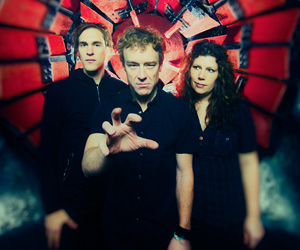 Should you wish to split the atom in regards to genres and sub-genres, then the Minnesota trio have spent a good part of the last ten years trying to sidestep away from the 'slowcore' tag that they can never seem to truly shift, with the rockier tones of 'The Great Destroyer', the experimental 'Drums & Guns' and the alt-country tinged 'The Invisible Way', and so it is perhaps in fitting with their atypical nature that they open with 'Words'; a staple of the genre and the first track from their none-more-sparse debut 'I Could Live In Hope'. Here, it is stripped of the reverb that bathes it on record but it is just as affecting, and a definite crowd pleaser.

Not that Low have to stretch so far into their back catalogue to please the night's crowd, who are somewhat split between fanatical and reverential. There are roughly 100 tracks that the three-piece could choose from without scrapping the barrel of album filler, and the night's set is the perfect mix of old and new. They are backed on the tour by a projectionist that streams (in keeping with the band) visuals that don't cry out for your attention, but refuse to relent when you gaze upon them. Low have managed to weave a set that incorporates the crunching guitar tones and Crazy Horse solos on tracks such as 'On My Own' with bleaker, minimalist odes like 'Over The Ocean', something which was a slight struggle for the band in the early stages of their transmogrification.

New (relatively) multi-instrumentalist Steve Garrington can take some responsibility for this. Replacing bassist Matt Livingston, he switches between bass and piano, contributing backing vocals on newer material and also interacting more with the married duo at the heart of Low, bringing out the snaking, snarling Neil Young wannabe buried inside Alan Sparhawk. Some diehards may still long for the day where they played pindrop quiet, heads lowered and at a beat sub-60bpm, but this new incarnation makes for an altogether more entertaining live show.

Though the quality of their albums may have declined, with their last triumvirate to merely being great, live they are at the top of their game. Despite the set being cut short due to the pressing demands of the following clubnight, they leave their traditional taking of requests during the encore reduced to one song, but there are no complaints of being left short-changed. 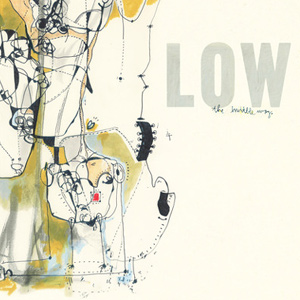 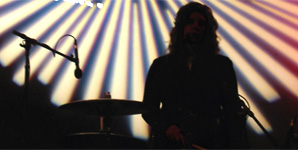 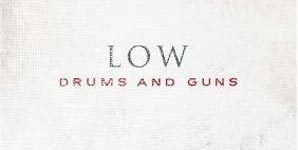