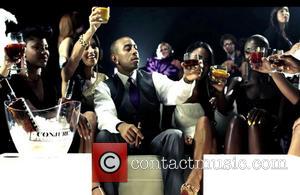 Picture: Ludacris Conjure Cognac - Alternatively, those more spirited alcohol aficionados can have a famous ol' night quaffing copious quantities of the whole lot and get...

Rappers Ludacris and Kendrick Lamar have been slammed by a U.S. sheriff ahead of their gig at a Florida University.

Law enforcement officer Mike Scott has sent an email to the president of Florida Gulf University, Wilson Bradshaw, stating the two stars should not be invited to perform at the Eaglepalooza event held at the college on 24 November (13) because of the extreme language in some of their songs.

He also fears the gig could erupt into violence.

Scott tells Florida's Naple News, "I am completely confused, and I asked Dr. Bradshaw, a black man, to please explain how (race row chef) Paula Deen uses the word (n****r)... and gets nationally excoriated and these people use the word every single day, every other word out their mouth, in every single song and we are going to welcome them to a county park with the endorsement of Fgcu."

In an email reply to Scott, Bradshaw states that Ludacris and Kendrick have performed at more than 200 colleges and universities and no incidents of violence have been reported, and he ensures that there will be 75 to 100 security officers on site for the gig.

Tv chef Deen was dropped by the Food Network in June (13) over her use of racial slurs.