Ludacris To Be Honoured At Bmi Awards 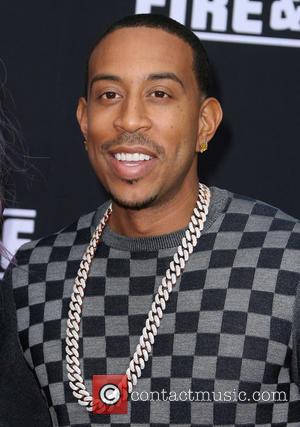 Rapper Ludacris will be honoured with the President's Award at the Broadcast Music, Inc. R&B/Hip-Hop Awards in Los Angeles next month (Aug13).

The Area Codes hitmaker will be feted in recognition of his achievements in songwriting and his global influence over the past 16 years of his career.

Announcing the news, BMI Vice President Catherine Brewton says, "We are proud to be honouring Ludacris with our President's Award. He is a hometown hero to the city of Atlanta, who has had a remarkable career in music, film and television.

"His consistency in the industry, as well as his outreach in the community proves he is more than deserving of the BMI President’s Award."

The 36-year-old Mc has sold seven million records worldwide, picking up three Grammy Awards. He has also made a name for himself as an actor, starring in films such as Crash and the Fast & Furious franchise. And now he's a Tv talent show judge after joining the all-star panel on U.S. show Rising Star.

Ludacris joins a roster of other acclaimed artists who have received the President's Award, including will.i.am, Adam Levine, Carlos Vives, Taylor Swift and Pitbull.