The Stars Of U.s. Tv Phenomenon Empire Have Beaten Madonna To The Top Of The U.s. Albums Chart. 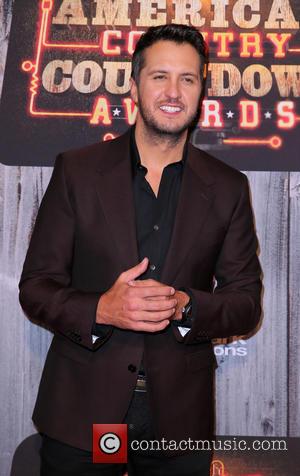 Picture: Luke Bryan - Shots of a host of celebrities as they took to the red carpet for the 2014 American Country Countdown Awards which were...

The soundtrack to the show has officially debuted at the top of the Billboard 200 countdown, hours before the first season finale airs in America on Wednesday night (18Mar15).

Luke Bryan rounds out the top three with his new album Spring Break...Checkin' Out, which debuts at three with 106,000 first-week sales.

Meanwhile, on the singles chart, Bruno Mars and Mark Ronson's Uptown Funk still can't be moved from the Hot 100 number one spot after 11 weeks on top, and the hitmaking duo has a new runner-up in Maroon 5's Sugar, which switches places with Thinking Out Loud by Ed Sheeran, who spent eight weeks at number two.

Ellie Goulding's Love Me Like You Do stays put at four and Rihanna, Kanye West and Paul MCCartney's FourFiveSeconds rounds out the top five, as it did last week (11Mar15).