Country Star Luke Bryan Had To Pay A Visit To The Emergency Room After His Young Sons Were Embroiled In A Fight. 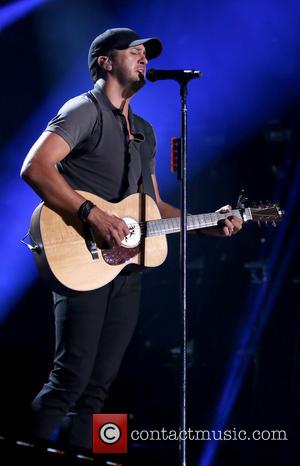 The Play It Again hitmaker was in New York City to perform at an intimate gig at Irving Plaza on Friday (07Aug15), and on the eve of the show, Bryan and his wife Caroline found themselves in a local hospital after five-year-old Tate suffered an injury from a playful scrap with seven-year-old brother Bo.

Bryan tells Entertainment Tonight, "We got to town and were in the emergency room getting stitches. Bo pushed him down and he hit a chair. It's (a) crazy household right now... We just have to keep 'em alive!"

The singer also shared a snap on Twitter.com of Tate in hospital with bandages around his head, but still beaming from ear-to-ear. Bryan added the caption, "Just a few stitches. Love my Tater Tot. Still smiling."

Bryan and his wife are also raising his late sister's 13-year-old son Til, who was left orphaned after the teen's dad Ben Lee Cheshire died last year (14).