Welsh Actor Luke Evans Has Been Tapped To Replace Jared Leto In The Upcoming Adaptation Of Bestselling Thriller The Girl On The Train. 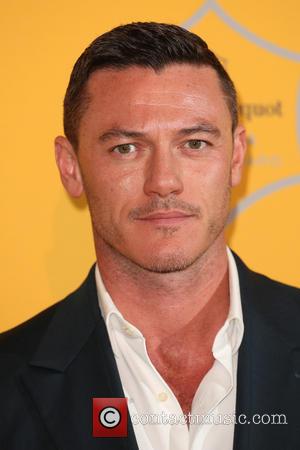 The Oscar winner was initially slated to play the husband of a woman, played by Haley Bennett, who goes missing, but Leto was unable to commit due to a scheduling issue, according to The Hollywood Reporter.

Evans joins a star-studded cast including Lisa Kudrow, Justin Theroux, Rebecca Ferguson, Allison Janney and Emily Blunt, who was spotted shooting her first scenes for the film in New York on Wednesday (04Nov15).

The Girl on the Train, written by British author Paula Hawkins, revolves around an unemployed alcoholic (Blunt), who concocts a perfect life for a couple she comes across during her daily commuter train travels.

Her life is turned upside down when she suddenly becomes involved in their real-life drama, which includes two other women, played by Bennett and Ferguson.

The casting news comes a day after Leto posted a photo of himself in a recording studio on Instagram, suggesting he is making new music with his band 30 Seconds to Mars.

Luke Evans: 'It Took Me 20 Minutes To Pee In Dracula Untold Armour'