New Malden's new Ben Howard? (Really!) 25-year-old Luke Sital-Singh, channels an 'IT Crowd' meets 'Big Bang Theory' charming geek look to deliver his latest incarnation for this; his third and arguably best release to date. Following on from 'Fail For You' and this year's 'Bottled Up', the 'Tornados EP' showcases four songs that are sure to help LS-S find a wider audience. 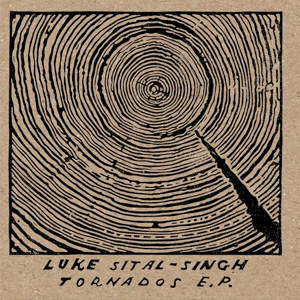 You get a definite sense of the free spirited and impassioned on the lead track 'Nothing Stays The Same'. The song is almost a sermon; a call to emotive arms, a stirring and searching plea to help Sital-Singh rest his inner demons ("I'd rather hurt than live without", he tells us). LS-S's voice is beautifully tortured in parts as the song builds through three tiers to what becomes a feverishly driven battle cry suitable for sound-tracking any revolution (or, at least, getting a field of festival goers whipped up with fists punching the air as they sing along). The almost Stornaway meets Mumford via Of Monsters & Men vibe that Sital-Singh has worked up is a heady mix. The song starts off meekly enough but gathers pace gradually and effectively until all parts are assembled in an accomplished mix. The chorus is insanely infectious and there are hooks aplenty, big enough to catch the dreariest of souls.

The remaining three tracks on the EP start with the demo version of Sital-Singh's delicate ballad 'Nearly Morning'. The gentle guitar and subdued piano work well set against Singh's deeper and soulful angst laden vocal. Here, he is worthy of his Jeff Buckley or John Martyn comparisons. 'How To Lose Your Life' treads a similar path but with a stronger percussive beat and more than a few snappy couplets: "You broke me in pieces but I just want more, now I laugh at the person I was before". Finally, the nicely layered vocals of 'Tornado Town' close out the four piece set as LS-S extracts hope from disaster in a tale of new beginnings.

The 'Tornados EP' is another splendid release from Luke Sital-Singh and bodes well for the release of his debut album. His voice is expressive and his songs are quality compositions that deserve more than just occasional airplay. 2014 could be his year. 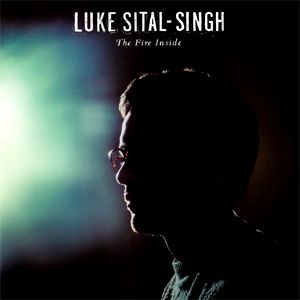