Luke Temple, the singer songwriter, has had a complicated history of album releases and collaborations, but his latest offering, entitled Don't Act like You Don't Care, is simple enough to understand. It's slow paced, emotive country/folk music that differs from anything that Temple has released before. It's ambitious and daring. 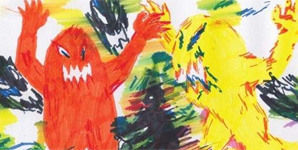 Don't Act like You Don't Care is an interesting concept for a genre, emotional, well written and well sung for good measure. As an album, it's definitely unique, and definitely a talking point. Temple has talent when it comes to writing songs, and the idea of genre that he was going for has been nailed on the head - spot on. It's sensitive and in some places slightly chilling, especially vocally, but on the other hand, it can end up being a little repetitive and a little bit too slow, which brings us neatly on to...

However, there are low points. The pace of the album just doesn't pick up enough. It actually seems to be at its quickest and most lively at the beginning, and it just slows down from there. By the end of the album the listener would be well within their rights to have fallen asleep. Its four-track recorded, too, which gives it an interesting, fuzzy grainy quality, which can be interpreted as either a good or a bad thing, depending on the listener's attitude. In fact, the hiss of the recording in the background is really prominent at times, especially in the latter half of the album, which can actually be quite distracting.

It's not a record that looks like to attract new listeners to Luke Temple and his work. There's just nothing on the album that stands out and speaks to the listener to encourage them to listen to him. What's on there is, in some ways, good, but there's nothing particularly special about it. It's slightly dreary which could repel the potential listener in the first place, and a listener would have to pay special attention to the good parts in order to actually enjoy listening to it.

Overall, then, it's a good album in a bad album's clothing. There are some very good elements to the music here, and Luke Temple is clearly a talented songwriter, but there are enough negative parts to this album to hide the true quality of the songs, which is actually quite high. This might limit Temple as an artist unless he can either eliminate this, or use this to his advantage. It would be good to give some advice on how to listen to this album - listening to all of it in one go is a bad idea, but if each song is listened to independently, it becomes much easier to appreciate Temple's talents. 5.5/10. 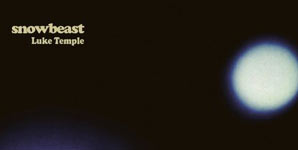