By Holly Mosley in Lifestyle / Showbiz on 15 February 2018

He escaped without injury in the three-car collision that left one person dead.

Luke Wilson has been branded a hero by a witness of a fatal Los Angeles car collision that took place earlier this week, after he rescued an injured woman involved from her car. The incident left another driver dead and his passenger, golfing champion Bill Haas, injured. The actor, whose brother is Owen Wilson, had his own Toyota FJ SUV clipped when a Ferrari lost control on North Chautauqua Boulevard in Pacific Palisades on Tuesday evening (February 13th 2018). It hit a BMW being driven by a 50-year-old woman before crashing into a pole and leaving the 71-year-old driver, Mark Gibello, dead.

In 2014, Wilson discovered that his assistant Charles Lodi had been using his credit cards to indulge himself with vacations and hotel stays.

Actor Luke Wilson has reportedly emerged victorious in his court battle against an ex-assistant whom he accused of identity theft and fraudulent purchases. A judge awarded the 43 year old Hollywood star a sum of $438,000 in a ruling handed down on Wednesday (July 8th).

Gossip site TMZ reported the verdict, claiming that Wilson believed that ex-employee Charles Lodi racked up over $120,000 in expenses, vacations and luxury items by forging the star’s signature and using his credit cards. Maggie and Milo are a twin brother and sister who have been living apart for ten years. Milo has been desperately trying to follow his Hollywood dream of stardom, while Maggie is struggling to keep hold of her marriage to Lance. The pair are reunited expectedly after both narrowly avoiding a fatal accident on exactly the same day, and Maggie offers Milo a place to stay. Their relationship is rocky at best, but it soon becomes clear that they need each other's guidance if they want to overcome their troubles; Maggie can't bring herself to tell Lance that she's not ready for the baby they've been trying to conceive, and Milo simply can't let go of a past heartbreak. Can these twins reconnect and fix each other, or is it too late to work things out?

Ron Burgundy compares a Dodge Durango's horsepower to that of an actually horse before insulting it and challenging it to a staring contest in the new clip from upcoming 'Anchorman' sequel 'Anchorman 2: The Legend Continues'.

Ron Burgundy, Brian Fantana, Brick Tamland and Champ Kind have now hit the eighties and things are a little different. The legendary San Diego news anchors are now embarking on a different project, as part of a 24 hour news channel, but now they have fresh competition in the form of a young, handsome and well-dressed fellow anchor. Ron continues to put himself in sticky situations, this time involving some awkward racism with his new girlfriend's family during a social occasion among many other things. Will their antics extend beyond their previous capers involving angry bears and mean bikers?  Or will the eighties bring with it a more streetwise news bunch? We doubt the latter.

The sequel to 2004's 'Anchorman: The Legend of Ron Burgundy' is set to hit our screens soon entitled 'Anchorman: The Legend Continues'. We'll likely be seeing yet more hijinks from one of Hollywood's favourite comedy casts as they return following at massive $85 million gross from the original movie. Produced again by Judd Apatow ('The 40 Year Old Virgin', 'Knocked Up', 'Forgetting Sarah Marshall'), Adam McKay ('Step Brothers', 'The Other Guys', 'Talladega Nights') also makes a return as director and co-writer alongside Will Ferrell. It is scheduled for release in the UK on December 20th 2013.

Ron Burgundy, Brian Fantana, Brick Tamland and Champ Kind return in this hilarious sequel to 2004's 'Anchorman: The Legend of Ron Burgundy' which saw Ron land himself a hot girlfriend, get attacked by a bear and have his dog thrown over a bridge by an angry biker. The legendary San Diego news anchors are doubtlessly set to entertain us with more news casting exploits which, according to the latest teaser trailer, will involve 'submachine guns and boobies' and getting 'stinky'. One thing's for sure, it's going to be funnier, weirder and much ruder. 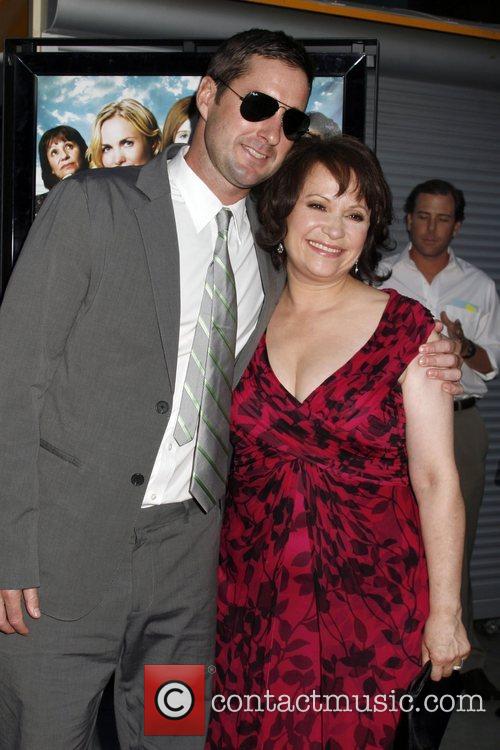