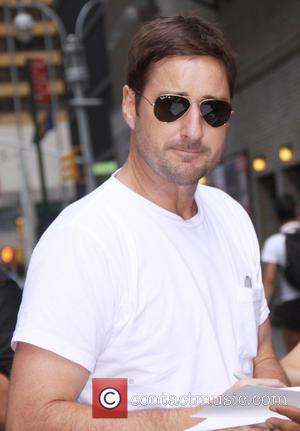 Actor Luke Wilson is taking his former assistant to court amid allegations he made $88,000 (£55,000) in unauthorised purchases and stole his identity.

The Old School star hired Charles Lodi in 2011 and added him as an authorised user of his personal credit card in order to book travel arrangements, run errands and make purchases on Wilson's behalf.

However, he fired the personal assistant in April last year (14) after noticing a slew of strange charges on his cards.

In a lawsuit filed in a California federal court on Thursday (05Mar15), Wilson alleges he "trusted Mr. Lodi as his friend, and believed Mr. Lodi had his best interest at heart".

The actor also accuses Lodi of stealing over $75,000 (£46,875)-worth of personal items from Wilson over the course of his employment, including "golf clubs, ski equipment and electronics".

Wilson reveals he tried to settle the case out of court by reaching an agreement for repayment with Lodi, who reportedly confessed to the crimes in signed documents.

However, the defendant only paid back $15,000 (£9,375) of the $75,000 (£46,875) promised and later relocated to Park City, Utah, allegedly taking the fraudulent purchases and the stolen items with him, leaving Wilson with no choice but to pursue the matter in court.

He is seeking $60,000 (£37,500) for alleged breach of contract, exemplary or punitive damages, compensatory damages and the return of his missing property. He is also requesting a jury trial.

Luke Wilson 'up' for role in Legally Blonde 3

'I'd love to do another one': Luke Wilson wants Legally Blonde 3