By Holly Williams in Music / Festivals on 06 January 2017

Lupe Fiasco returns with his sixth studio album 'Drogas Light' this year, his first full release since departing Atlantic Records in 2015. It's the first of three upcoming albums - the titles of which have also been announced - all of which are to be released soon. The 14-track album features the likes of Ty Dolla $ign, Rick Ross, BIG K.R.I.T., Gizzle, Rondo, Simon Sayz, Victoria Monet, Salim, and RXMN. It marks the first in a trilogy of albums that Lupe (real name Wasalu Muhammad Jaco) is planning to release in the near future, the others being 'Drogas' and 'Skulls'.

American rapper Lupe Fiasco is in hot water with the Anti-Defamation League after the organisation branded his new freestyle rap ‘N.E.R.D.’ as “offensive” and “anti-semitic”.

The ADL issued a statement on Wednesday (December 14th) concerning a lyric in the 34 year old star’s new track, which goes “Artists getting robbed for their publishing / By dirty Jewish execs who think that it’s alms from the covenant”.

The organisation’s CEO Jonathan Greenblatt said it reinforced “myth of Jewish control of the music industry, a stereotype that has been exploited in recent years by well-known hatemongers… It is irresponsible for a recording artist to perpetuate the hateful anti-Semitic stereotype of the 'greedy Jew’.”

By Jack de Aguilar in Music / Festivals on 03 September 2013

The rapper could be in trouble, big trouble

Basically, everyone’s been watching Breaking Bad. That’s what’s going on. TMZ report that Lupe Fiasco, the man behind this delightful tune, has been hiding money for a convicted drug kingpin, storing millions of dollars from the criminal’s wife.

This whole fiasco will see fiasco sued by the estranged wife, whose husband Charles Patton is serving 44 years in jail for his part in a wholesome heroin business. Looks like an old fashioned family enterprise simply can’t work in modern America.

She alleges that Lupe played a part in dispersing $9m between separate bank accounts in order to hide the money from her. The confusing thing, though, is that if Patton is a convicted drug felon, then all this money will surely be seized by either the police or the IRS? Perhaps we should all take a Breaking Bad sabbatical.

By Contributor in Music / Festivals on 21 January 2013

It may be a star-studded line-up performing at the Barack Obama inauguration today at the White House in Washington DC – featuring Beyonce, Kelly Clarkson and James Taylor - but the event as a whole will be a pared-down affair, in keeping with the expectations that the President wants the public to have about his next four years in charge.

As has been widely reported, Beyonce will be singing the US national anthem ‘The Star-Spangled Banner’, with Kelly Clarkson and James Taylor singing patriotic songs ‘My Country, Tis Of Thee’ and ‘America The Beautiful’ respectively. The ceremony will focus on Obama laying out his vision for the next four years, with the country gripped in financial turmoil. However, if things are going to be relatively austere there, then elsewhere the Kids Inaugural Concert held in honor of the President’s new term saw the likes of Katy Perry and Usher celebrate the new era in style. Hosted by First Lady Michelle Obama at the Washington Convention Center, the event was for her daughters, and saw Nick Cannon emcee the evening, with the Glee cast also among those performing in the evening.

Elsewhere things weren’t so celebratory; a staff writer wrote on his Twitter that rapper Lupe Fiasco – playing the StartUp RockOn concert in Washington as part of the celebrations – launched into a 30 minute tirade against Obama, eventually being led from the stage by security. 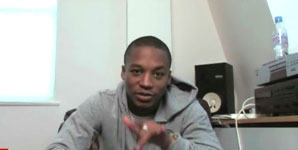 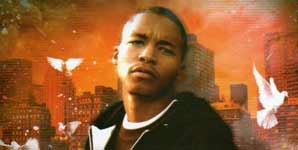