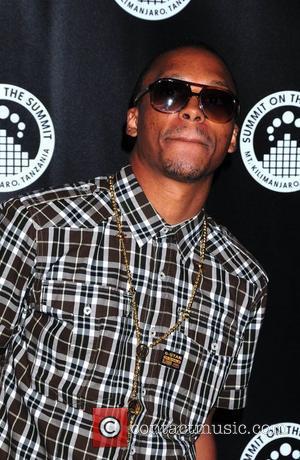 Hip-hop trio N.E.R.D. sent fans into a frenzy on Wednesday night (16Jun10) when they brought surprise guest Lupe Fiasco onstage with them at a free show in New York.
The hitmakers, fronted by Pharrell Williams, performed at the fabled Brooklyn Bowl and treated devotees to a slew of hits, including She Wants To Move, Spaz, Lapdance, Sooner or Later and their new track Hot-N-Fun.
But the audience went into overdrive when they introduced Fiasco for a performance of Everyone Nose (All the Girls Standing in the Line for the Bathroom).
The Superstar rapper hung out on stage with Williams, Shay and Chad Hugo as they jammed with their band, before returning for an encore with Rock Star.