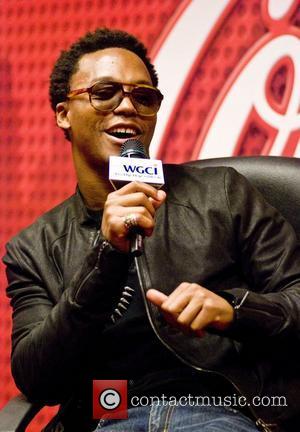 Rapper Lupe Fiasco has been forced to pull out of an appearance at the South By Southwest festival in Texas on Thursday night (17Mar11) after falling ill.
The hip-hop star was due to play his first show since scoring his first U.S. number one album with Lasers on Wednesday (16Mar11), but he has had to cancel the gig due to vocal problems.
In a post on his Twitter.com page, he writes, "dr still has me on voice rest...won't be (at) sxsw."
Another headliner, Cee Lo Green, has also axed his slot at Austin's annual music and arts event. Singer Janelle Monae and Airplanes hitmaker B.o.B. will step in to replace the pair, sharing the stage with rap sensation Wiz Khalifa.