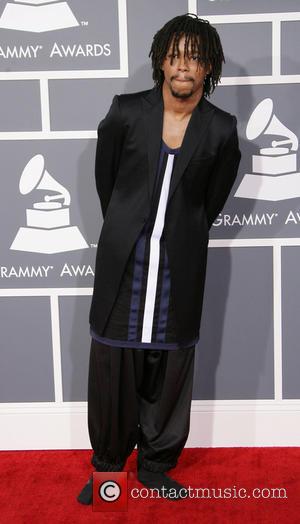 Rapper Lupe Fiasco gave Illinois high school graduates another reason to smile on Saturday (29Jun13) after handing each of the students $100 (£64) to reward them for all their hard work.

The Show Goes On hitmaker appeared at the 2013 Mass Black Male Graduation and Transition to Manhood ceremony to congratulate the teens on their commitment to pursuing an education, even though the Chicago Public School System has one of the highest drop-out rates for African-American males.

Warning the crowd of graduates their difficult journey is far from over, the Chicago native said, "Congratulations, you have graduated from one of the most terrible, sub-standard school systems in the entire world. You have just spent the last 12 years receiving one of the worst educations on earth. You are at least four, five steps behind people in other countries that are younger than you."

But in a bid to raise their spirits, the music producer donated $100 to each of the 150 teens receiving their diploma, wishing them continued success in the future, according to AllHipHop.com.