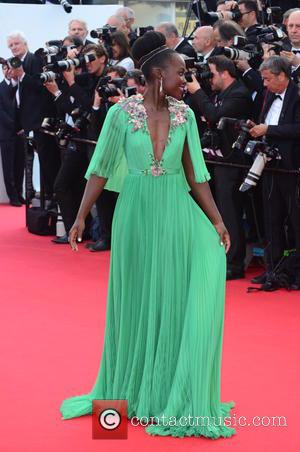 Picture: Lupita Nyong'o - A host of movie stars were snapped on the red carpet as they attended the 68th Annual Cannes Film Festival Opening Ceremony...

The 12 Years a Slave actress will star in the drama, written by The Walking Dead regular Danai Guirra, who is also an award-winning Zimbabwean-American playwright.

Set during the Liberian Civil War, the play centres on a group of captive wives of a rebel officer, who are thrown off when a new girl comes into their already-fragile community.

Eclipsed "reveals distinct women who must discover their own means of survival in this deeply felt portrait of women finding and testing their own strength in a hostile world of horrors not of their own making," according to a press release.

Nyong'o's limited engagement at The Public Theater kicks off on 29 September (15) and ends on 8 November (15).