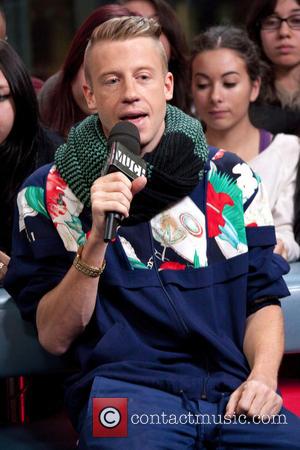 Some unexpected twists and turns have hit this week’s Billboard Hot 100, including Justin Timberlake’s 'Suit and Tie's' massive leap from 84 to 4.

'Suit and Tie' marks Justin's 12th Hot 100 Top 10 single as a solo or featured artist and his first since her appeared on Ciara’a 'Love Sex Magic' in 2009. The biggest news, though, is probably the number one. Bruno Mars’s 'Locked Out Of Heaven' finally got bumped from the top spot, after a six-week reign, by Macklemore and Ryan Lewis’s 'Thrift Shop'. The song snagged the top spot mostly because of its digital sales (431 000 downloads last week, coupled with a lot of streaming). 'Thrift Shop' actually beat the streaming record, with 1, 68 million streaming plays this week, beating out the previous streaming record holder, Gotye’s 'Somebody That I Used To Know' by a narrow margin. 'Locked Out Of Heaven' has slipped to number 3, followed by The Lumineers’ 'Hey Ho' at number 4 and Taylor Swift’s 'I Knew You Were Trouble', which fell down one spot this week to number 5.

Good ol’ Britney Spears comes in at number 6 with 'Scream and Shout', featuring Will.i.Am, while Swedish House Mafia’s 'Don’t Worry Child' stays put at number 7. Rounding out this week’s top ten are 'Diamonds' by Rihanna, Justin Bieber’s 'Beauty and a Beat' and Philips Philips’ 'Home' at 8, 9 and 10 respectively.