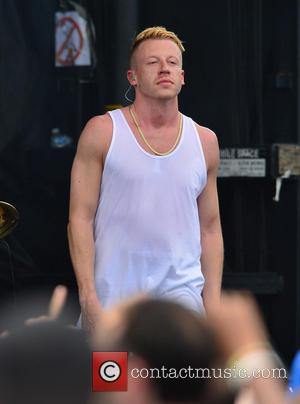 Ryan Lewis has been forced to ask "Who is Ryan Lewis?" after he began to realise that his professional other half and rapper, Macklemore, was getting a lot more attention than him. Turns out that people don't really know what the producer and DJ actually does.

Luckily, Jimmy Fallon is here to give the music star the publicity leg-up he so clearly needs. Lewis appeared on The Tonight Show last night and featured in a street canvassing stunt to gauge just how much people knew about him with some pretty hilarious results.

More: Macklemore and Ryan Lewis named most successful songwriters of 2014.

He plucked out a bunch of clued up-looking 20-somethings and asked them if they knew who Ryan Lewis was. "Don't really know what he does; he's like a package deal. He comes with Macklemore a lot," said one guy whilst another shrugged his shoulders and muttered something about Lewis working onstage with "computers and whatnot."

Other self-proclaimed hip-hop fans were asked to identify Lewis in a photo of the duo and to rate his appearance. After the participants been shown the photo, Lewis would pause and pointedly hold up the shot to see if the connection would click.

Most suddenly recognised the producer and reacted with excitement, disbelief or embarrassment but one girl still couldn't recognise the Grammy-winning music star until Lewis told her who he was. At one point, Lewis celebrates after getting a girl to state that he is the better-looking of the pair.

At the end of the stunt we see Ryan asking "what does Ryan Lewis do" to someone out of shot. The audience suddenly explodes with laughter as we see that the mysterious participant is Macklemore himself, saying "to be honest, I have no idea!" Seems Like Ryan Lewis [L] Got Tired Of People Not Knowing Who He Was!