Madonna and Guy Richie celebrated their son Rocco's 15th birthday together as a family. 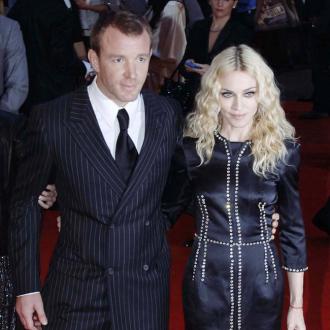 The former husband and wife - who split in 2008 - were both in attendance at the teenager's birthday party and were joined by their second son David, nine, and Guy's new wife, Jacqui Ainsley, 43.

According to the Daily Mirror newspaper, the family sang 'Happy Birthday' to Rocco and presented him with a cake during the celebrations.

After their marriage broke down Guy reportedly received between £50 million and £60 million from the divorce settlement with the couple agreeing to co-parent the children, splitting their time between the UK and US.

The celebratory event was held just a fortnight after Guy tied the knot with the mother of his three youngest children - Rafael, three, Rivka, two, and 13-month-old Levi - at their lavish home in Wiltshire, England.

The couple had been dating since April 2010 after meeting at a friend's party the year before.