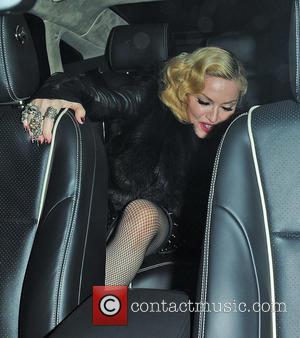 The two stars briefly embraced and stood next to each other onstage at the James Farley Post Office event in New York on Monday (30Mar15), and the moment suggested they'd put the past behind them.

The dubstep DJ ripped into Madonna in 2012 after she called out "molly" during Avicii's set at Ultra Music Festival in 2012.

Madonna insisted the "molly" she was referring to was from an obscure song, but Deadmau5 didn't believe her and criticised the pop superstar for allegedly glorifying drug use.

After hitting the stage with Madonna, wearing his trademark giant mouse head, the DJ, real name Joel Zimmerman, tweeted: "Yeah. That just happened. Awkward? Maybe. But I do believe in this venture!"