Madonna in talks for reality show

Madonna is in talks to make her own reality TV show, with the same production company which created 'Keeping Up with the Kardashians'. 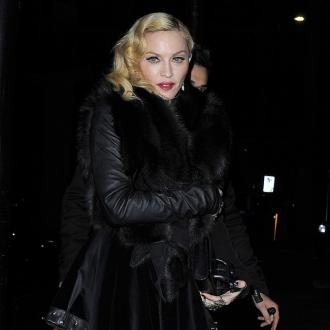 Madonna is in talks to make a reality TV show.

The 57-year-old star has been offered her own programme by production company Bunim Murray, who make 'Keeping Up with the Kardashians', and is keen to sign on after seeing how her pals Kim Kardashian West and Kanye West have made reality TV ''cool''.

An insider revealed: ''Nobody would ever have expected a star as huge as Madonna to ever star in a reality show but it just shows how much times are changing that she's even humouring talks.

''She is friends with Kim Kardashian through Kanye West and Madonna has noticed how Kim and her family have made reality TV very cool and current - it's not just for Z-listers any more.''

The 'Living For Love' singer - who released her 13th studio album 'Rebel Heart' in March - would be expected to involve her kids Lourdes, 18, Rocco, 15, and David and Mercy, both nine, in the show, as well as her potential love interests.

The source told The Sun newspaper: ''She's not made any decision, she loves giving fans an insight into her life, especially when touring.

''Bunim Murray have proven with Caitlyn Jenner's show I Am Cait that they can tackle sensitive topics and not just make trash TV.''

However, Madonna - who will embark on her 'Rebel Heart' world tour next month - previously said she doesn't actually watch TV.

She said: ''I don't watch television. Everyone's a bit contest obsessed. I don't actually like the idea of being a judge. It's so, I don't know, subjective - what's good and what isn't.

''I think perhaps we're too obsessed with it.''