Madonna, Despite Injury, To Perform With Macklemore At Grammys

Organisers of the 56th Grammy Awards have confirmed Madonna and Macklemore will be teaming up to perform Macklemore's 'Same Love.' 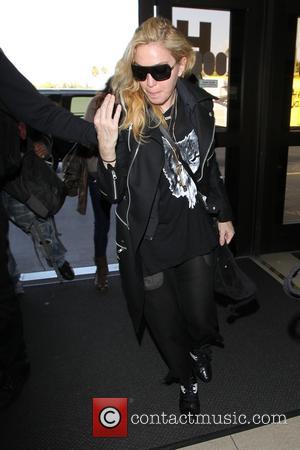 Madonna and Macklemore & Ryan Lewis will be performing together at the Grammy Awards ceremony on Sunday! The organisers of the show confirmed collaboration yesterday (25th January) and the artists teaming up has pleasantly surprised a number of commentators.

Madonna was confirmed as appearing on the show on Friday (24th January) and it was initially thought she would appear alone. However, today it has been confirmed the 55-year-old pop icon will be teaming up with Macklemore, the hip hop duo comprised of 30-year-old Ben Haggerty and 25-year-old Lewis. They will be performing Macklemore's 'Same Love' which is nominated for Song of the Year. The duo is also nominated for another six Grammy awards including Best New Artist and Album of the Year. Madonna has won numerous Grammy awards over her thirty five year career, including the award Macklemore are nominated for two occasions.

Madonna has recently been suffering from a minor injury from dancing in high heels, yet the 'Holiday' singer was not letting this get in the way of her performance. The singer posted a picture on Instagram with the caption: "It's official! I'm off my crutches and I'm looking for the perfect pair of heels to wear to the Grammys." Initially fans assumed the singer would simply be attending the Grammys as a guest but now can be certain the pop legend will once be returning to high heels in order to perform from an even more elevated position at the award ceremony.

Also performing at the awards ceremony are Paul McCartney and Ringo Starr. The pair's appearance has been hailed as the Beatle's reunion. Unfortunately as half the band is dead and the two remaining members are hardly in their musical prime, this may prove to be a somewhat underwhelming appearance. Ryan Lewis and Macklemore at the Grammy nominations in December.