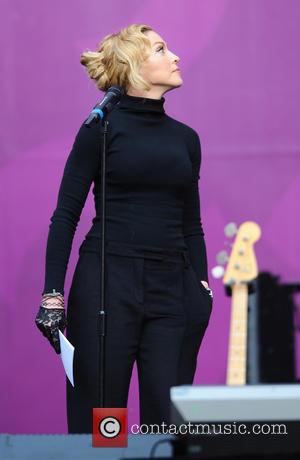 Rules of the cinema: no talking, no mobile phones and please, please don’t say the name of a film trailer as it comes on so the people next to you know you’re ‘into your films’. Don’t do it. But it’s the middle rule – the one regarding phones – that Madonna simply couldn’t adhere to.

She was at a screening of 12 Years a Slave, an emotive true story about Solomon Northrup – portrayed by Chiwetel Ejiofor – that chronicles his kidnap from a free life in New York into a world of slavery. But instead of being enamoured by the Oscar contender, which was directed by Steve McQueen, Madonna has ‘business’ to sort out… on her phone.

Salon film critic Charles Taylor wrote that he sat next to “a mysterious blonde in black lace gloves who wouldn't stop texting on her Blackberry throughout the first half of the movie,” in a Facebook post, via Indiewire.

“Eventually, a woman next to me tapped her on the shoulder and told her to put her phone away and the blonde hissed back "It’s for business…enslaver!" Taylor added: “The rest of the movie, I kept thinking about how I wanted to tell the blonde what a disgrace she was.”

Well, Madonna, that’s not really cinema etiquette, is it.

Partly fuelled by the rudeness of the cinema and her blatant disregard for the sanctity of the movie theatre, and possibly gassed up on some potential and widespread publicity, Tim League, the founder of the Alamo Drafthouse, decided action was needed.

“Until she apologizes to movie fans, Madonna is banned from watching movies @drafthouse.” Hear that Madge? BANNED.

And here's Brad Pitt hearing it for the first time