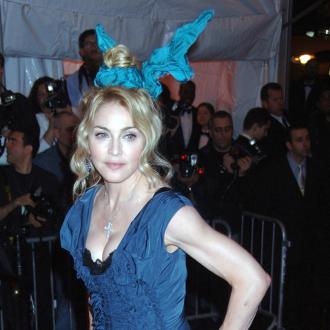 Madonna celebrated her 57th birthday with a a Spanish gypsy-themed party on Sunday (16.08.15).

The 'Material Girl' hitmaker staged the extravagant bash at her mansion in the Hamptons in New York, arriving ''in a vintage gypsy wagon filled to overflowing with dancers all in gypsy attire'' and then partied until the early hours in a tent filled with bales of hay.

A source told the New York Post newspaper: ''Everyone sat on the bales of hay and later stood on them to dance. The party was still going as the sun was rising on Monday morning.''

Madonna was escorted to the event by a pair of handsome identical twins, Kevin and Jonathan Sampaio, and was given a French bulldog puppy named Gypsy Rosa Lee as a gift by her children, Lourdes, Rocco, David and Mercy.

The party, staged on the 50-acre horse farm, was also attended by Naomi Watts and Kelly Ripa, as well as stylist B. Akerlund and designers Jeremy Scott and Dan and Dean Caten, all of whom came dressed in full gypsy costume.

The bash came shortly after Madonna reunited with her former husband Guy Ritchie to celebrate their son Rocco's 15th birthday.

The couple - who split in 2008 - were both in attendance at the teenager's birthday party, where they sang 'Happy Birthday' to Rocco and presented him with a cake during the celebrations.