Madonna is adamant she'll continue to make music forever because she's so obsessed with her art. 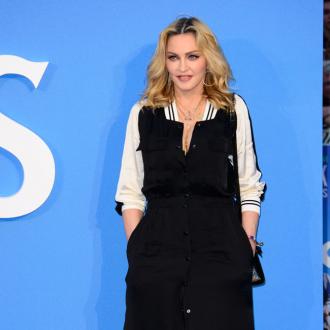 The 58-year-old pop icon ''can't imagine'' a time in her life when she doesn't want to make songs anymore but has admitted her ex-husband Guy Ritchie couldn't understand why she was so obsessed with her talent and art.

''I feel like that's a very sexist thing to say ... I'll stop doing everything that I do when I don't want to do it anymore. I'll stop when I run out of ideas. I'll stop when you f***ing kill me. How about that?''

Although she's passionate about her music, Madonna is adamant she will never allow her fear of harming her earning potential stop her from speaking her mind.

Speaking to Harper's Bazaar magazine, she said: ''What I find really astonishing is how quiet everybody is in my industry.

''I mean, nobody in the entertainment business except for maybe a handful of people ever speak out about what's going on. Nobody takes a political stance or expresses an opinion.

''They want to maintain a neutral position so they can maintain their popularity.

''I mean, if you have an opinion and people disagree with you, you might not get a job. You might be blacklisted. You might have fewer followers on Instagram. There are any number of things that would be detrimental to your career.

''Everyone's really afraid. Because it doesn't affect their daily life yet, no one's doing anything about it.''