Madonna has given an update on streaming service Tidal, which she said is ''working out a lot of kinks'' and will ''hopefully build something unique and amazing''. 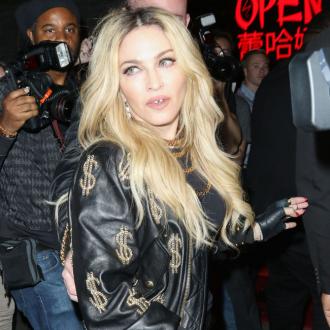 Madonna has promised ''it's just the beginning'' for streaming service Tidal.

The 56-year-old singer thinks it's ''important'' people know herself and the stars who signed a contract with Tidal - including Jay Z, Beyonce and Nicki Minaj - ''didn't all join forces because we're broke and want more money''.

The 'Rebel Heart' hitmaker provided an update on the streaming company and assured users they are ''working out a lot of kinks and hopefully going to build something unique and amazing''.

She told the Associated Press: ''It's just the beginning, so we're working out a lot of kinks and hopefully we're going to build something unique and amazing that's going to attract a lot of people.''

Since stars signed up to show their support for the subscription premium, they have introduced a discount for students and a family plan.

Commenting on the cost of Tidal Madonna added: ''We live in a society now where everybody just expects everything to be for free, but you don't get a house for free; you have to pay somebody to build it.''