Magic Johnson says he couldn't be prouder of his son Earvin Johnson III after he came out as gay. 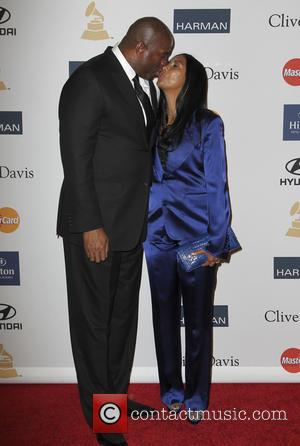 Magic Johnson, the legendary NBA superstar, says he and his family are proud of their son Earvin Johnson III, who came out as gay last week. The youngster was spotted on the Sunset Strip in Los Angeles walking hand-in-hand with his boyfriend, and Johnson and wife Cookie couldn't be happier!

Known as EJ to family and friends, Earvin featured in a 2009 PSA ad for the Code Blue Campaign designed to bring awareness of and to fight against the issues that threaten teen youth, according to the New York Daily News. "Cookie and I love EJ and support him in every way," Magic Johnson told TMZ this week, "We're very proud of him."

Magic and Earvin share a strong father-son bond and both have a keen interest in the Los Angeles Dodgers, after the NBA star took over the franchise with his business partners last spring. EJ is currently a student at New York University, and back in August, Magic tweeted about spending some quality father-son time with his son. "Thx to my son EJ for hosting me at NYU. Look forward to taking him to dinner tonight in the city."

In a barnstorming basketball career, Johnson won three NBA MVP Awards, reached NBA Finals, twelve All-Star games and scored ten All-NBA First and Second Team nominations. He was member of the 'Dream Team' that won the Olympic gold medal in 1992. In 1996, he was honored as one of the 50 Greatest Players in NBA History and inducted in the Basketball Hall of Fame in 2002. Magic Johnson At An L.A Dodgers Event In Los Angeles