By Sam Marland in Music Reviews on 09 September 2010

Like many others before them, Magic kids borrow heavily from the sound of The Beach Boys and Phil Spector. The Thrills made this work for one album at least before wilting by the wayside, and more recently The Drums have arrived on a west coast wave of hype, sharing similar influences and even going as far as naming a song 'Lets Go Surfing'.

Magic Kids haven't quite gone that far, but it's pretty evident from the off that influences are going to be worn proudly on sleeves. The simply titled Phone has all the melodies and high pitched vocals of 1960s pop gems and like most tracks on the album, doesn't make it to the three minute mark - short and sweet.

It's impossible to ignore that none of these songs have much in the way of intros, there are no slow burners on Memphis, it's all instant stuff designed for impact. Tracks like Superball, bursting out of the traps without warning, featuring a song writing method of 'start with chorus - end with chorus'. It's almost like a panic attack of the ears.

Hey boy works with the same ethos as Superball, but manages to make the preceding two plus minutes less tormenting and more pleasurable than its former. It sounds somewhat familiar without actually being so, it's so catchy and downright good that it's hard to image it hasn't been written before. This is one that perhaps Wilson himself would have been proud of. 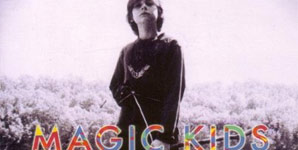