Maisie Williams: 'Kit Harington Is Not Returning To Game Of Thrones'

Game Of Thrones Star Maisie Williams Has Urged Fans To Stop Speculating About A Potential Comeback By Kit Harington, Insisting Quotes Recently Attributed To The Actor Are "Totally False". 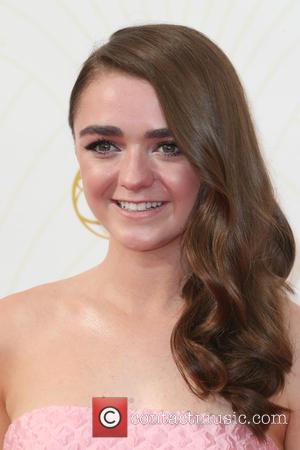 The British actor's character, Jon Snow, appeared to die at the end of series five when he was stabbed a number of times and left bleeding on the ground.

However, rumours of a return were sparked when Harington was spotted in Belfast, Northern Ireland, where the hit fantasy show is filmed, just as shooting on season six kicked off over the summer (15).

Harington, 28, appeared to fuel the rumours in a subsequent interview with Belgian magazine Humo, saying, "The show is like a double-edged sword to me: I owe a lot to it, but at the same time it has almost completely drained me. Oh well, I try not to think about it too much. The important thing is that I now know exactly how long I am still under contract... Let's just say that Game Of Thrones will remain a part of my life for a while, I'll probably be in my 30s when it's over."

However, Harington's on-screen half-sister Williams is adamant her pal was misquoted and Jon Snow really is dead.

Speaking at the Emmy Awards in Los Angeles on Sunday (20Sep15), she tells TV Line, "You're the first (to ask about Harington's character Jon Snow) and the answer is no, he's dead, sorry. And the interview that you've all read that think that, Kit spoiler is fabricated and it was totally false."