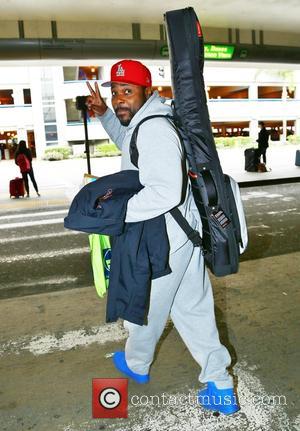 Actor Malcolm-Jamal Warner has spoken out about his former THE COSBY SHOW co-star Bill Cosby, insisting he finds it "painful" to see the embattled comedian at the centre of multiple sexual abuse allegations.

Warner, who played Cosby's son on the hit sitcom, has opened up about the funnyman's high-profile scandal as he stands accused by more than 20 women of sexual abuse and inappropriate behaviour in decades-old incidents.

In an interview with Billboard, Warner admits the entire situation has been difficult for him to watch.

He says, "He's one of my mentors, and he's been very influential and played a big role in my life as a friend and mentor. Just as it's painful to hear any woman talk about sexual assault, whether true or not, it's just as painful to watch my friend and mentor go through this."

Warner's other co-stars have also opened up about the accusations, with his on-screen sister Keshia Knight Pulliam saying she can only make judgements based on "the man that she knows", while Tv mother Phylicia Rashad said the scandal is ultimately "about the obliteration of (Cosby's) legacy".