Review of The Life And Soul Album by Mamas Gun

Named after an album by Erykah Badu, Mamas Gun are a London-based quintet who released their debut album 'Routes To Riches in 2009. This follow up was released in June 2011 and is currently being toured in South East Asia before dates in Holland. The band will return to the UK for a jaunt on the road in November. 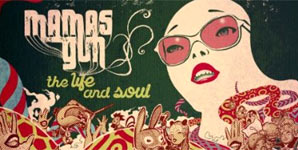 After a confusing intro of distortion 'Reconnection' rumbles on a simple rhythm section before showing what Mamas Gun are capable of - namely a gorgeous chorus of anthemic soul. The key to this charming success is the warmth of Andy Platts' vocals. His crooning into lead track 'The Life And Soul' sits comfortably alongside greats such as Stevie Wonder, whilst the backing vocals are simply sublime. Such is the quality of his voice that pitted with Beverley Knight on 'Only One' he more than holds his own on an album highlight. 'On A String' displays an equal adaptability to softer sounds, while the cascading funk of 'Heavy Hands' is infectious, but it is with the up-tempo 'Rocket To The Moon' that Mamas Gun will really get you moving. Their sound certainly harks back to a past era, but the quality with which they deliver their music is consistently pleasing and all the more so for being so organic. In recent times Maroon 5 are probably the most commercially successful band to lean so heavily toward soul, but their over-produced output is somewhat hollow, whereas this is warming and spirited. Mamas Gun - Only One Video

Mamas Gun - The Life And Soul 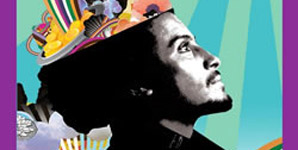