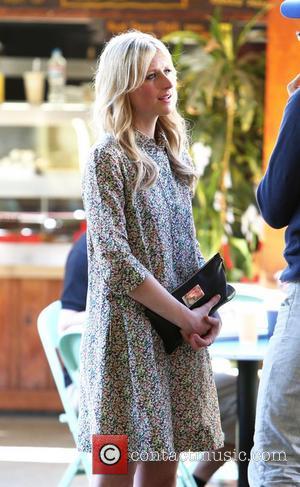 Picture: Mamie Gummer, daughter of Meryl Streep and star of new TV show 'Emily Owens M.D.' at The Grove, after her interview on Entertainment News Hollywood,...

Mamie Gummer, Meryl Streep's 29-year-old daughter, was doing absolutely fine before she began starring in her own show, 'Emily Owens, M.D'. She had bit parts in various TV shows, she played a supporting actress in a film every now and again, and she even got married last year to fellow actor Ben Walker (Abraham Lincoln: Vampire Hunter). She was doing absolutely fine. As was the world really. So there was just no need for CW's new Tuesday night show 'Emily Owens, M.D.', in which Gummer stars as the eponymous lead character who is straight out of Med. School, ever to grace the world with its existence.

America has done medical dramas and medical comedies and it has done them very well. Our favourites are of course E.R. (classic!), and Grey's Anatomy, but also Scrubs and House score pretty highly with us, however 'Emily Owens, M.D.', manages to wrench everything that was subtle and everything that was terrible, and exploit them outright. Emily Owens is reminiscent of the lead character of that utterly terrible final season of Scrubs. She's quite high pitched, monstrously irritating and talks. A lot.

USA Today and SeattlePi.com have both criticized it heavily for being far too much like Grey's Anatomy. If that really were true, perhaps it would be worth watching. However, characterisation is poor and has been done, over and over and over. However, Gummer's colleagues have given high praise to the actress. Jennie Snyder Urman, the show's creator said "She's so honest, so vulnerable, so raw, and that makes her so likable. She brings this sort of naivete to the role that is subtle and elegant.... When I think about her, I don't think about her mom." Plus, Robert King, co-creator, told the Chicago Tribue “"When she came in to audition, what was really good is you didn't get a sense that it was a scheme. You sensed actual innocence with her, while all the other actresses kind of pretended to be sweet. She was very unexpected. And that's what makes her so appealing to watch." Perhaps Gummer's got more to give, but there simply isn't much to give in 'Emily Owens, M.D.

Mamie Gummer is a 'guard dog' for Meryl Streep