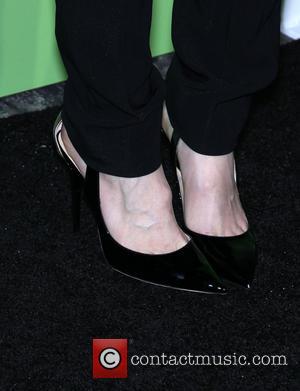 Singer and actress Mandy Moore and her husband Ryan Adams celebrated their fifth wedding anniversary on Saturday (15Mar14) with a 1950s-themed prom for their pals.

The Saved star and friends like actress Minka Kelly dressed up in period gear for the bash at the American Legion Post in Los Angeles.

The happy couple booked former Stray Cats star Slim Jim Phantom and his band to perform at the party, which was held five days after the actual anniversary (10Mar).