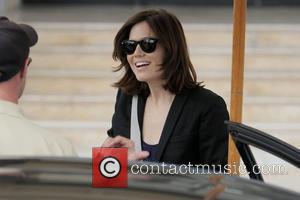 Mandy Moore and rocker Ryan Adams have stunned the music world by getting engaged.
Few people knew the stars were dating again after their 2008 romance fell apart, and Moore started dating ex-boyfriend Adam 'DJ AM' Goldstein as he recovered from a plane crash in South Carolina in September (08).
Moore and Goldstein split in December (08) and the actress/singer reunited with Adams, according to reports.
The Saved star, who at 24 is 10 years younger than singer/songwriter Adams, was recently spotted wearing what looked like an engagement ring on her wedding finger and a friend tells Life & Style magazine, "She is so excited... It's been a whirlwind. She's really happy."
Adams recently announced his plans to step back from music and disband his group The Cardinals to concentrate on other projects.