Manic Street Preachers bassist Nicky Wire is releasing a photo book of the band called 'Death of The Polaroid: A Manics Family Album'. 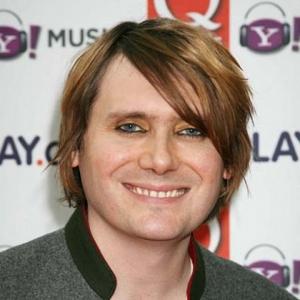 The bass player has been taking polaroid photos throughout the band's 25-year-career which have been collected into two volumes, the first of which will be called 'Death of The Polaroid: A Manics Family Album'.

The shots trace the band from making their first album, 'Generation Terrorists', to their most recent record, 'Postcards From a Young Man', which came out last year.

Speaking of the book, he said: "You see the unfolding and unraveling, really, of four kids that kind of grew up in a bedroom, dreaming of taking over the world. I'm hoping it will be really engaging and really tactile."

The photos were selected from around 3,000 which Nicky has taken of the band - which also includes James Dean Bradfield, Sean Collins and former member Richey Edwards, who disappeared in 1995 - and they are accompanied by text written by the star.

Nicky added: "Obviously the amount of travelling you see in the book - from Blackwood to Japan and back, is pretty amazing.

"I think the genius of Polaroid is you can pinpoint a memory really easily, and our fans are just as dedicated as we are in that sense, so I think they'll just look at the book and be able to associate a memory with it as well."

'Death Of The Polaroid: A Manics Family Album' will be published in November.