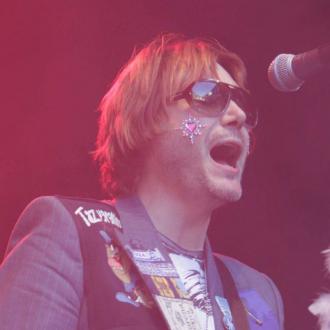 Manic Street Preachers are ''very excited'' to have collaborated with Cate Le Bon.

The 'Faster' hitmakers - who are made up of frontman James Dean Bradfield, bassist Nicky Wire and drummer Sean Moore - have been working on the follow-up to their 2010 album 'Postcards from a Young Man' and are particularly happy with a track, 'Four Lonely Roads', featuring the Welsh singer.

Nicky tweeted: ''The brilliant cate le bon has given us a stunning vocal on a new manics track-Four Lonely Roads-her voice is so pure+beautiful. Very excited. (sic)''

The rocker previously revealed they had been trying out different instruments to give a new element to their sound.

The 'Design For Life' hitmakers will break their self-imposed two-year ban on performing in the UK when they headline Festival No.6 in Portmeirion in September and Nicky - who last played live with the group in Britain in December 2011 - previously revealed they will debut some new material.