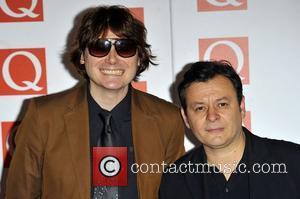 Rockers Manic Street Preachers are ending their self-imposed U.K. hiatus after almost two years to headline a festival in their native Wales.

The Everything Must Go hitmakers bid farewell to their British fans in December, 2011 by vowing to retire from playing gigs in the U.K. following a special hits-packed concert in London.

They promised to take at least two years out of the spotlight in their native country, but it was announced on Thursday (07Mar13) the band has been tempted out of its self-imposed exile three months early to headline Festival No.6 in Portmeirion, Wales in September (13).

In a statement the trio says, "Festival No.6 is the only thing that could break our self-enforced two year British gig ban. To be able to play in (famed architect) Sir Clough Williams-Ellis' iconic village is something of a dream for us. See you in September."

A spokesman for the event adds, "Festival No.6 is excited to announce that Welsh trio Manic Street Preachers have been persuaded to end their self-imposed two-year exile to headline one of the nights at this year's event, which will be a U.K. festival exclusive... (It) promises to be an astonishing homecoming... We're delighted and very proud that we've managed to entice one of the biggest Welsh bands of all time to end their hiatus and play Festival No.6."