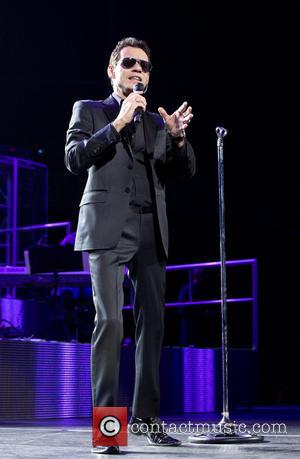 Jennifer Lopez’ ex-husband Marc Anthony appears to be dating Chloe Green. For those not in the know, Chloe is not only one of the stars of the TV show Made in Chelsea, but she is also the daughter of TopShop and TopMan boss Philip Green – one of the most influential men in British fashion. MTV have spotted the pair on a date in Disneyland, Anaheim, California earlier this week (Tuesday February 26, 2013).

Chloe and Marc were taking the 44 year-old's kids out for the day (the children that he had with J-Lo, that is). And if there was any doubt over whether or not the two of them were officially dating. Marc drape his arm around 21 year-old Chloe’s neck and planted a kiss on her head as they walked around the theme park. Neither Marc or Chloe have actually confirmed the rumors yet, but from the pictures, it looks pretty clear that they are more than just friends. Marc has also been pretty busy bigging-up Chloe’s dad’s fashion empire, on his Twitter page, with tweets like “Who ever doesn't know about #Topshop #Topman in LA has to get in on it! Just had the time of my life at The Grove Amazing!” Marc married pop singer Jennifer Lopez back in 2004. They had two children together, twins Emma and Maximillian. The couple announced their separation in July 2011 and divorced in April 2012. Lopez is now dating dancer Casper Smart.