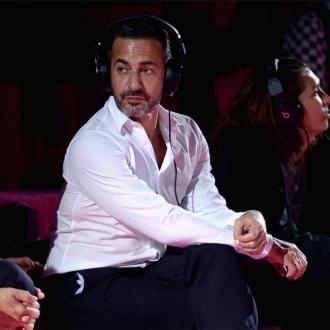 The sportswear giant has reportedly called on their lawyers after claiming that the label's use of a four stripe pattern on garments in their autumn/winter 2014 collection was too similar to Adidas' three stripe trademark motif.

The brand insists the pieces, which weren't shown on the catwalk, could ''mislead and deceive consumers'' and even complained about the ''lack of quality'' in the clothing.

In the complaint Adidas propose Marc by Marc Jacobs ''intentionally adopted and used confusingly similar imitations of the three-stripe mark knowing that they would mislead and deceive consumers into believing that the apparel was produced, authorised, or licensed by Adidas, or that the apparel originated from Adidas.''

Adidas have requested a jury trial over the alleged copyright infringement and are asking for the label - which is helmed by Katie Hillier and Luella Bartley - to stop selling and distributing the garments in question and deliver them to Adidas so they can be destroyed.

The popular brand are also seeking a damages pay out, reports The Fashion Law.

It isn't the first time Adidas have sued a fashion label.

Earlier this year it was revealed they are taking legal action against Isabel Marant for allegedly knocking off the design of their Stan Smith trainers in her Bart low-tops.

Meanwhile, Marc Jacobs - who founded the spin off line from his eponymous label with Robert Duffy in 2001 -recently confirmed Marc by Marc Jacobs is to be discontinued and reabsorbed make into his main collection.